13 Ways to Attract More People to Your Concerts

Do you have one or more concert dates planned? Great! Great!

After all, the stage is one of the most important dimensions of a successful musical career, in addition to being a major source of income.

If you don’t want all your efforts to go up in smoke, here are 13 ways to attract more people and fans to your concerts.

Ensure that the room does its part in the promotion

One of the first things to do when you find a concert date is to establish how much the venue in question will help you promote the event:

This will depend mainly on the room where you play, but be sure to make the best use of the resources available.

Selling pre-sales at a reduced price

Pre-sales are essential if you want to encourage as many people as possible to come to your concert.

The principle is that these tickets are much cheaper than the admission price on the evening of the concert.

If you can print them, sell them in person through your social networks or ask some of your contacts to help you (band musicians, street team, music stores, etc.).

Associate with an artist or group

If you don’t want to be alone in promoting this concert, partner with a headliner or opening act(s) to make sure you fill the venue.

By combining your different fan bases, you will be better able to achieve your goals and meet new potential fans.

However, be careful about the budget you put into it, as well as the consistency of your musical styles.

Make the concert a unique event

The question is simple: why should we go to your concert?

Many of your fans dream of participating in these very special occasions.

So instead of always selling your concert the same way, make this event even more unique to give everyone a great reason to come.

How will this concert be different from any other? 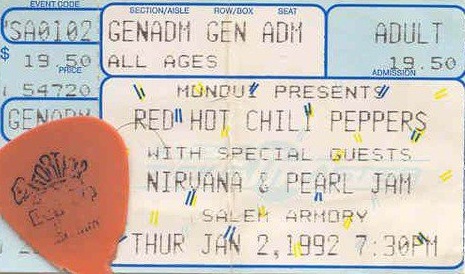 2. Promote on the Internet and social networks

Promote the concert daily on all your social networks

It’s time to make full use of your social networks.

However, be careful to target as much as possible (would only be geographically on Facebook), not to spam and to ensure that the content is always relevant, so as not to scare away those who could not come anyway.

From there you can create any kind of contest (VIP passes, free tickets, setlist selection, etc.) in order to generate a mini-buzz.

If you are part of a group, make sure that everyone relays the event on their own profiles.

Today, it is imperative to create a Facebook event as soon as you publicly announce the concert date.

Promote this page in your statutes, to inform as many people as possible about your next date.

A few days before the concert, consider creating Facebook ads targeted to your fanbase and potential fans in the city.

This will significantly boost the visibility of your event and allow you to liquidate the last places.

With your emailing service, you should be able to target subscribers who live in a certain area without too much difficulty.

Tell these people the date of the concert and redirect them to a shop where they can buy their tickets.

Eventually, you can even send them a second e-mail the day before the concert, in order to solicit them again.

Use all the tools that allow you to gain visibility

Apart from social networks, there are many other ways to gain visibility.

List your concert on your website and also add it to live sites: Bandsintown, Setlist, Songkick, etc.

Also try to reach blogs or music magazines to promote your event.

The goal is to be where your potential fans could be. 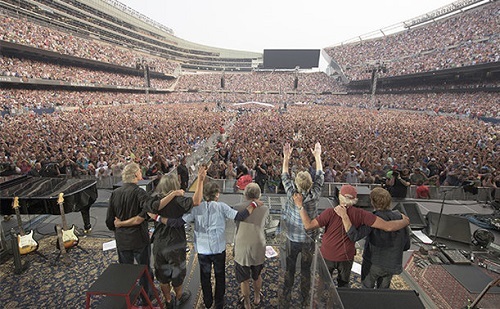 3. Promote in your region

Participate in events in your region, support other local artists, meet new people and develop partnerships.

Maybe if you have a good connection with a band or artist, they can promote your concert on their social networks. You’ll return the favor next time.

A few weeks before the concert, go out as much as you can and meet people.

Naturally, during the discussion, tell these people that you are a musician and that you have a concert date coming up. Invite them to come and keep in touch.

Also, contact the local press, offer tickets to be won on the local radio and get involved.

However, if you contact professionals, do this well in advance (up to 2 months before the date) to be sure to allow enough time.

If your budget allows it, always remember to place your flyers around the concert hall where you are going to play, as well as near other musical places that correspond to your music (other concert halls, music shops, rehearsal halls, studios, etc.).

You can also distribute your flyers directly at the entrance of the concert halls, on the evenings when a group or similar artist plays there.

While you may be tempted to want to do things quickly, there is nothing more powerful than taking the time to send a personalized invitation by letter, phone or text to people who might be interested.

If you have forged special relationships with some fans or want some pros to come and see you, here is the best way to bring them back to your concert.

As I told you earlier, ideally each of your concerts should be a unique event.

But if you play every week in the same room, with the same setlist, your shows will quickly lose interest.

After all, would you go to see your favorite band every week?

No. At some point, you will prioritize another activity, because you would have nothing to lose by missing a concert. It’s the same here.

Prefer to do a big concert in your area every month and a half, rather than playing too much and diluting your brand.

It will also allow you to prepare yourself much better, promote your concert and aim higher.

Today, it is no longer enough to have talent and be able to perform on stage.

You and your team must make every effort to do everything in your power to bring as many people as possible to your concerts.

It may seem laborious, but the reward is there: more income, more fans and more visibility.