How to Become an Accomplished Musicpreneur? 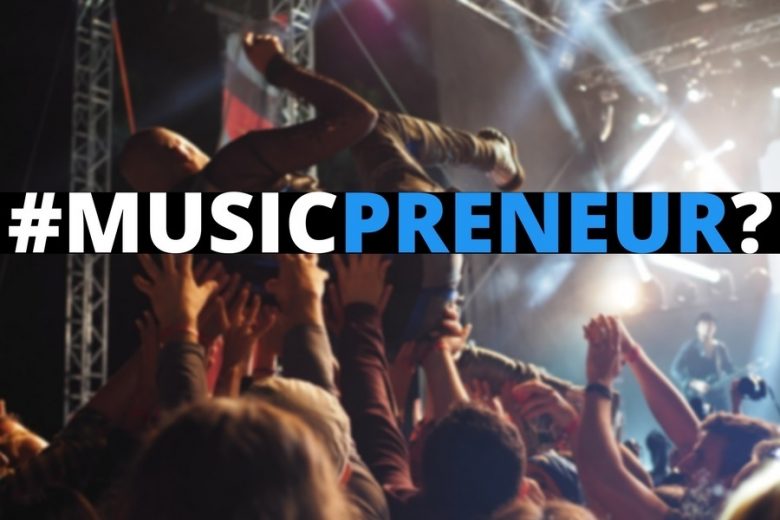 In the first part of this article on the Musicpreneur, we have discussed the nature of this new status of musician-entrepreneur, as well as the challenges it represents in the music market

In this second part, we will seek to learn more about the factors behind this movement and the new opportunities offered by such a change in the industry.

As long as we talk about performing in public, finding sponsors to perpetuate our project and promote a product, we are talking about business and no longer about music.

To achieve this requires that the musician develops his business sense and actively seeks business opportunities.

But is this really new?

As William Weber, Professor of History at California State University and author of “The Musician as Entrepreneur, 1700-1914” explains, musical entrepreneurship does not date back to the 2000s or 1990s.

Paganini, Monteverdi, Beethoven, Mozart and Telemann invested as much in their musical business as in their music itself and helped to shape the way the music industry worked at the time.

Traditionally, the independent artist has had to work on commercial issues to move from the shadows to the light and be recognized for his work.

What’s the difference? Well nowadays this entrepreneurial approach is not reserved for an elite. It is up to everyone to choose between art (as an amateur) in parallel with a classical profession or art as a business (like a Musicpreneur).

Nevertheless, as entrepreneurship becomes more popular, there is a change in the perception of art and the artist.

In 2015, the American cultural magazine The Atlantic went so far as to state that “the artist has died” for the benefit of “the birth of the creative entrepreneur”. And who could still question that?

The artist’s image has changed so much that one may wonder if it is still legitimate to describe a typical creative as such. We have moved from a world where the artist is a solitary genius to a paradigm where the notion of art almost takes second place.

At the societal level, art is desacralized, institutionalized and accessible to all.

So what remains of the artist when art becomes commonplace? He remains a professional, however passionate and inspired he may be. Even if we will see later that the Musicpreneur still struggles to have his status fully recognized.

The Musicpreneur represents a new phenomenon, because it slowly but surely becomes a profession like any other. Fewer and fewer musicians claim to be from the old school and categorically refuse to talk about business or learn about music marketing.

And for good reason, this situation is no longer as cleaved as it once was and the opportunities are much more numerous and varied. Times are changing and so is the artist.

Everyone can learn music entrepreneurship and develop business skills in today’s environment.

A context conducive to musical entrepreneurship

Any musician with an ambitious minimum now understands that no matter how honourable his artistic work may be, the final result is a product to be marketed.

It is necessary to have a solid business model to distribute and sell this product, maximize investments and make assumptions profitable.

The difference between the present time and previous decades is that the artist has more choice and therefore mathematically more chances of reaching the break-even point. From now on, in many fields (especially those related to the web), the musician-entrepreneur is on equal terms with the musician signed by the major.

The 16-year-old bedroom producer plays according to the same rules as David Guetta on Soundcloud or Youtube.

Thus, it is not uncommon to see musicians break through by making full use of the possibilities offered by the various tools at their disposal.

Is that the norm? Is it easier than before to break into music?

This is what we will see in the next sub-section, but with the arrival of the Internet, the popularization of self-production methods and the development of platforms allowing Direct-to-Fans, success stories from the web are multiplying.

However, more research is needed to determine how the context of the last decade is conducive to the advent of the Musicpreneur.

Apart from the factors that have recently facilitated the production, distribution and promotion of musicians, it is more generally the disintermediation of the music industry’s long tail that has opened up the market and given each musical project a chance.

What is the long tail?

This is a principle theorized by Chris Anderson, an American entrepreneur, journalist and author who is passionate about the web economy.

This economic concept is that disintermediation allows the tail of the tail (a great diversity of products that are not part of the bestsellers) to gain in popularity, to prosper and therefore to lengthen, selling in small quantities, certainly, but in sufficient quantities to be able to achieve profitability.

The tail of the long tail directly concerns musicians who do not enjoy mainstream success and can now claim to have essentially the same production, distribution and promotion tools as bestselling artists.

This previously neglected potential market is made accessible by technological advances. The consequence? It is now up to each musical project to organize itself in order to maximize this potential.

Kevin Kelly, co-founder of Wired Magazine, put forward a theory in 2008 that states that a creator can make a living from his art by finding only 1000 “real” fans, that is, 1000 fans actively involved in his project.

We are therefore far from the millionaire fanbases of the current pop stars (bestsellers) and this is possible for a large part of the long tail.

If these 1000 fans each spend about $100 a year on the artist’s project, he will be able to live comfortably from his passion, after deducting expenses, taxes and fees.

On paper, it works. But the challenge is to find these 1000 fans, arouse their interest and convince them to contribute financially.

In short, adopt a real strategy for acquiring, retaining and monetizing your fan base. Impossible bet? Oh, no, no, no, no!

An independent musician is as likely to retain a fan base and monetize his art using new media as a signed artist, as long as he understands its ins and outs and adopts an entrepreneurial mentality: what resources? what strategy? what plan?

Certainly, some prefer to delegate some activities rather than others in order to concentrate elsewhere, but the background remains the same.

A few, especially if you take the lead in the long tail, like KISS, Britney Spears or Rihanna have always capitalized on their brand by launching derivative products (clothing lines, perfumes, etc.) in order to diversify their activity and sources of income.

Others are so passionate about music entrepreneurship that they develop innovative startups to address a market issue, such as Ryan Leslie and his Disruptive MultiMedia business or Dre et ses Beats.

Nevertheless, the context is highly favourable to the advent of the Musicpreneur, who has at his disposal a wide range of tools allowing him to build and monetize his fanbase.

An industry made up of hundreds of thousands of Musicpreneurs: myth or reality?

The truth is that we are still a long way from making musical entrepreneurship a standard.

In the same way as three years after their registration only 30% of microentrepreneurs are still active under this regime, the Musicpreneur is subject to relatively high turnover.

And for good reason, the majority of musicians wishing to become professional abandon themselves during the first years. Whose fault is it? The fault for what? We have to ask ourselves the question.

As we have seen, the tools are there and the context is conducive to the emergence of new musical projects led by Musicpreneurs. However, there are still many things to be done to normalize the status:

Is it too early to talk about the advent of the Musicpreneur?

Not really, since musical entrepreneurship is a reality for a very large number of artists (the closer we get to the top of the tail) and it is in our power today to accelerate the transition.

At the industry level, we need to develop 3 points to make this status a reality:

Ultimately, for musical entrepreneurship to become the norm, we need to raise public awareness of the musician’s new role and successes.

A successful musician is both an entrepreneur and an artist.

What interest for the music industry? What would be gained by rejecting the status quo?

In other words, the music industry has everything to gain by encouraging Musicpreneurs in their approach. The context is favourable, but an ecosystem must still be built to promote this status over time.

In all sectors of society, we can see an increase in entrepreneurship, mainly driven by the boom in new technologies.

The 1000 fan theory gives each creator of the long tail his chance to build a viable and nested business, and the musicians are not to be outdone.

One can imagine that over the years, the status of Musicpreneur will democratize to the point of becoming the norm.

It will again take some time for industry and society to adapt, but all the signals are pointing in that direction.

To what extent will the Musicpreneur impose himself in the cultural landscape? The future will tell us.

The Mindest of the Starving Artist Kills Your Chances of Success

How to Write Songs That Are Memorable?