In recent years, the music industry has grown exponentially to become one of the largest industries in the world. New musicians keep coming up every day.

At the same time, new music is released every single day at an even faster rate. Before music is released, however, it needs to undergo some processes to polish it so that it can be well received by the musician’s audience.

Over the years, audio mastering and editing were among the greatest challenges that musicians face. Most musicians even opted not to go through with these processes and this resulted in the release of poor quality music. However, with the introduction of audio mastering and editing platforms such as Sound Forge, artists have found an easy and pocket-friendly way to master and edit their audio tracks.

👉 Click here to Learn More about Sound Forge Pro and Try it for FREE!

What is Sound Forge Pro 13?

Sound Forge was originally developed in the early 1990s by Sonic Foundry. It is one of the pioneering audio mastering and editing platforms in the industry. After Sonic Foundry changed their corporate direction in 2003, Sound Forge was sold to Sony Creative Software. Sony then sold Sound Forge to its current developers, Magix, in 2016. The new owners, Magix, have breathed new life into Sound Forge by giving the software some much-needed updates to keep it at par with its competitors.

Sound Forge has been, for more than 25 years, a leading provider of professional software solutions for mastering, audio editing and recording in the music industry. The latest version of Sound Forge developed by Magix is Sound Forge Pro 13. It was released on April 15, 2019, in Berlin, Germany. The latest update is comprehensively designed to meet the requirements of professional audio producers.

The new version of Sound Forge boasts of new features such as a fully customizable new graphical user interface which can be personalized to fit an individual’s preferences, an enhanced VST2/3 engine and ARA2 interface extension, high-quality audio visualization tools, among other updates which I shall talk extensively about in the features section. Upgrades from the previous versions of the software to Sound Forge Pro 13 are available. 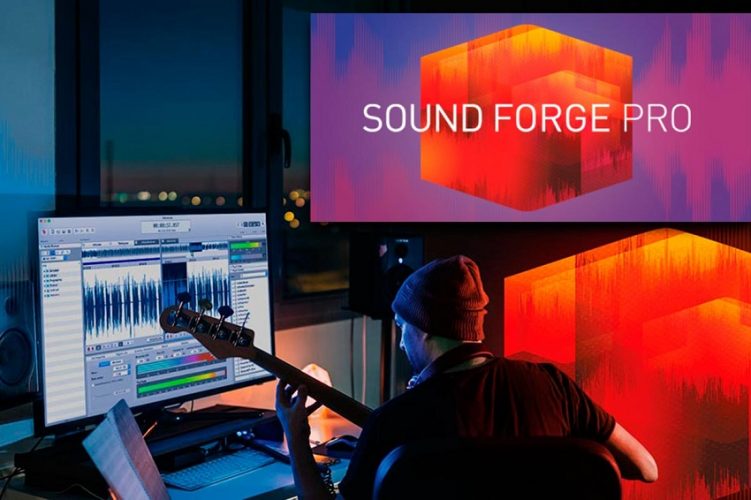 My Story with Sound Forge Pro 13

As an upcoming audio producer, one of the biggest challenges I faced was finding a quality software with which I could record, master and edit the audio of my tracks. Most of the software I was using at the time gave me results which were not as good as I wanted them to be. The mastering and audio editing were less than satisfactory.

Recently, I found a review of the latest version of Sound Forge which had just been released a couple of days before. I read the reviews and I found that almost all of them were good and I decided to try it out. The price was a bit hefty, but luckily I had saved some cash which I purchased the software with.

I was immediately impressed with its user interface, which is very friendly and easy to understand. It also has some pretty amazing features such as the iZotope Ozone 8 Elements which comes with the software. These features are user-friendly and enabled me to work faster.

I have been using Sound Forge Pro 13 for a couple of months now and I can say that my work has greatly improved. The rate at which I record, master, or edit my tracks has improved exponentially and the quality of the tracks I produce is good. I have even gotten the courage to start producing music for other artists. 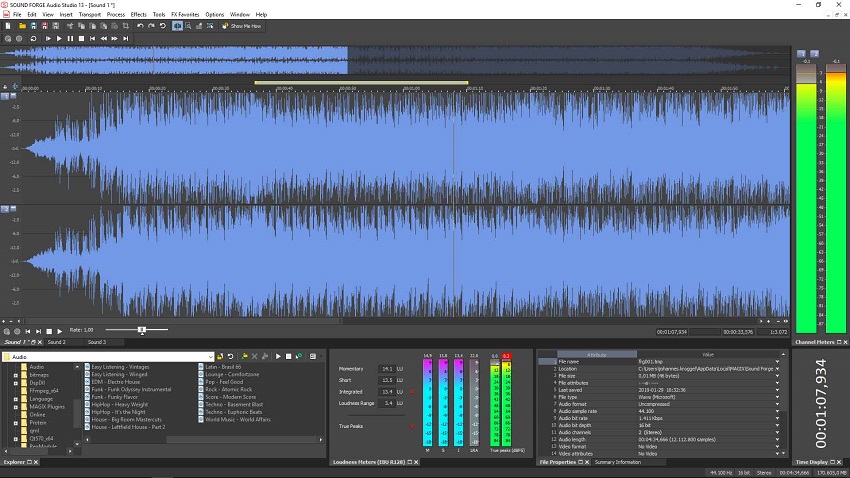 Sound Forge Pro 13 has a redesigned graphical user interface which is aimed at improving the workflow. The new user interface is now available in 4 different color schemes. The color tones can be changed depending on your lighting environment. The 4 different hues you can choose from are: white, dark, light, or medium. You can adjust the theme of the user interface to the one you prefer for maximum comfort.

There are also newly designed icons which are clearly arranged. This helps in making the finding of various functions much easier when using Sound Forge Pro 13. The new design makes it much easier to know where to click in order to save projects, start a recording, or cut audio files.

For every function you need, be it in recording or in mastering, there are presets present in every application. This is to ensure that the window structure is tailored to your needs. In addition, you can also open, edit, convert and save, within a multitrack environment, different types of audio, which may be from various sources.

You can also multitask and save time by editing a new file while another file is being processed and rendered in the background. In addition, you can convert the channels by altering the number of channels in an audio file, create different panning scenarios by mixing the channels, or by rotating the channels in a stereo file.

One of the main new improvements that make Sound Forge Pro 13 better than the previous version is the new VST2/3 engine. With the new VST2/3 engine, communication between the host and plug-ins is improved. This ensures better stability and faster speeds when using plug-ins. This allows you to work more accurately and at a faster rate.

The Sound Forge Pro 13 also boasts the ARA2 support. The ARA2 interface extension increases the overall flexibility and speed in the rate at which information between Sound Forge Pro 13 and the plug-ins. This ensures that there is even more efficient use of real-time editing to be performed and plug-in audio data. 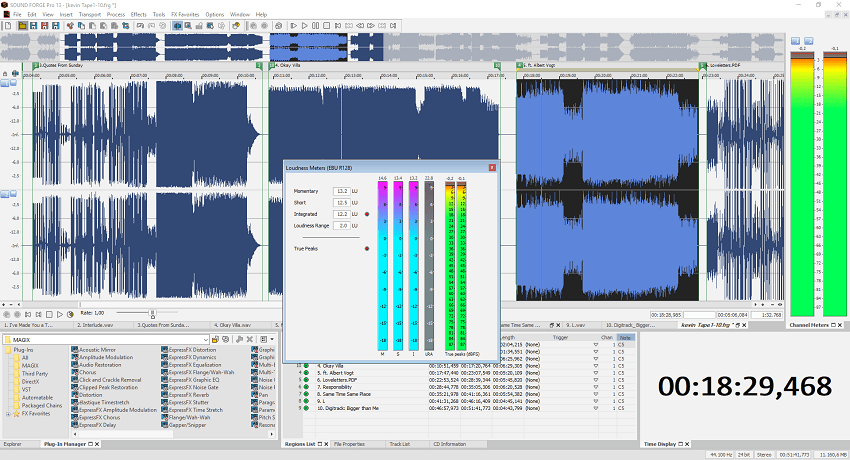 Another feature which plays an important role in ensuring that the tracks you record using Sound Forge Pro 13 are of high resolution is threshold recording. With this advanced feature, you set a threshold, using a recording dialog, which is recorded over using an input device. You can, therefore, record without necessarily being in both the recording and control room at the same time. 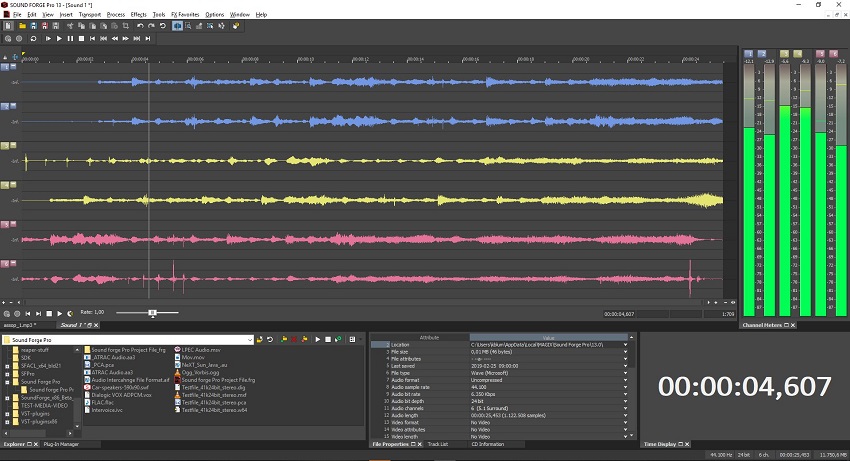 Sound Forge Pro 13 offers delay and reverb effect using a wide array of tools. One such tool is the coreFX delay. CoreFX delay creates echoes with the delay. By using analog circuits, it creates a simple delay effect which produces time delayed copies of the original input signal which creates the echo effect.

Another tool that Sound Forge Pro 13 uses to create delay and reverb effects is the coreFX chorus. CoreFX chorus a time-delayed duplicate of an audio signal with a pitch which is slightly different, for a fuller sound. This creates a beating and doubling effect which is perceptible.

The other tool which Sound Forge Pro uses to create delay and reverb effects is coreFX flanger. The coreFX flanger creates a sound which is dynamic and colder. It does this by superimposing the signal of time-delayed copies and its original signals. This creates sweeping effects for the classic wandering sound.

You can also master your tracks using the Sound Forge Pro 13 using the various mastering tools it has at its disposal. The coreFX 2-point compressor has two kink points, unlike the classic compressor which only has one. This allows you to have more freedom when compressing the dynamic range and also to create different characteristics.

The coreFX limiter functions by setting a maximum value for the processed audio signal level which will not be exceeded during the mastering process. It also eliminates volume differences, leveling out the loud and quiet sections.

The coreFX expander functions by increasing your range by suppressing the noise. This creates a more natural sound since the dynamics of the audio signal are increased.

The coreFX compressor works by compressing the dynamic range of an audio signal. By doing this, the volume differences between loud and soft passages are also eliminated.

The coreFX gate functions by suppressing the quiet sections in the signal transmission. This ensures that the sound produced is clean since the noise is removed.

The Sound Forge Pro 13 also features new cleaning techniques. These include the use of DeHisser, which is used to eliminate uniform white noise which is usually generated by preamps, transformers, or microphones. No distortion is required when using DeHisser, unlike with noise reduction.

Another cleaning effect is achieved by using DeClicker or DeCrackler. DeClicker works by getting rid of individual clicks and pops which are usually present in audio files, especially those from old vinyl recordings. DeCrackler, on the other hand, works by removing the continuous and low noise present in your files.

The other cleaning effect is achieved by using DeClipper. On the other hand, DeClipper works by repairing the artifacts which occur when the tape is oversaturated or A/D converters are pushed too hard. This is especially useful for interviews or concerts which cannot be re-recorded.

Sound Forge Pro 13 is compatible with Windows 7, 8, or 10 at both 32 bits and 64 bits. There is also a version of Sound Forge available for Mac, but it is completely different from the one available to Windows, and this update does not apply to it.

How Does Sound Forge Pro 13 Work?

Sound Forge Pro 13’s user-friendly design makes it very easy to use and operate. The first thing you have to do is to download the software, where you can have a free trial for a month, or you can purchase the software and create your account. You then upload your track in the software, by either dragging and dropping it in the software, or by copy pasting. You then record, master and edit your tracks using the software.

In order to get a new license for Sound Forge Pro 13, you have to pay USD 399. In order to upgrade from a previous version, you will have to pay $199. There is also a free trial version available on the company’s website that runs for a month. 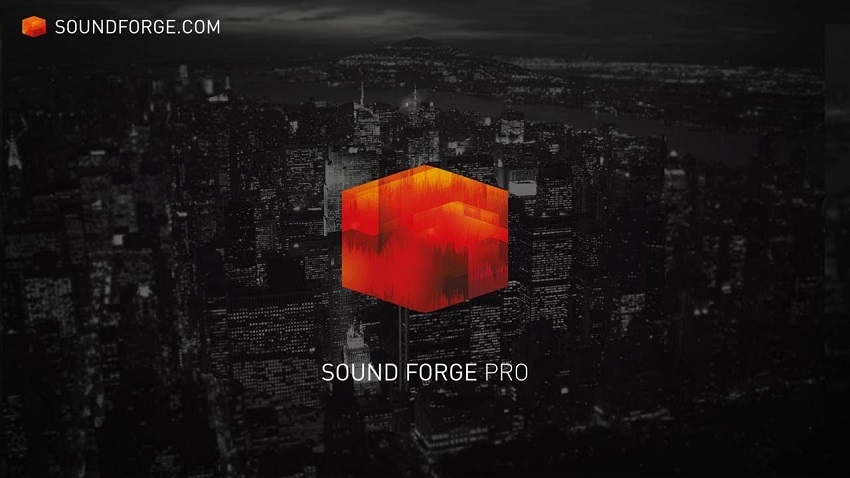 The only downside is its exorbitant price, although arguably it should pay for itself in no time at all.

👉 Click here to Learn More about Sound Forge Pro and Try it for FREE!