Yousician Review: The Ultimate Way to Learn How to Play An Instrument?

Since time immemorial, people have been learning to play musical instruments from people who are more experienced than them. However, the downside of this is that most of the music lessons are available on a fixed schedule. They also involve hours of practice and will mostly interfere with a person’s schedule especially if they are employed.

This is perhaps why many people who would like to learn a musical instrument do not even attempt it. However, times have changed. Today, there are many online platforms which provide music lessons at the convenience of the user.

More and more people are beginning to learn how to use a musical instrument. One such platform is Yousician. Here is an in-depth Yousician review to help you decide whether this is the platform for you. 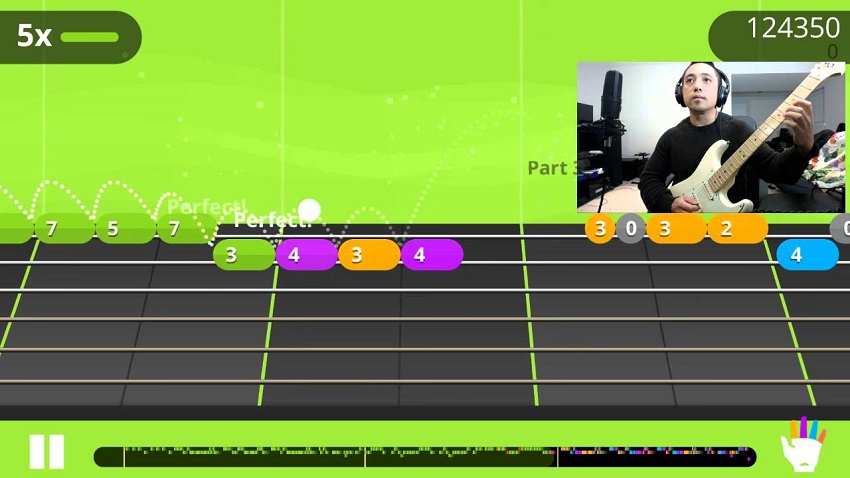 Yousician is an interactive online platform which teaches its users to play several musical instruments. Currently, Yousician provides piano, voice, bass, ukulele, and guitar lessons. Yousician is a music education company based in Helsinki. It was founded by Mikko Kaipainen and Chris Thur in 2010 and was originally named Ovelin. Its main purpose is to make musicality as common as literacy.

Yousician is able to recognize chords and notes when users play them on their real instruments using an audio signal processing technology. It utilizes the built-in microphone of the device you are using to listen to how you play, then it gives you feedback on your timing and accuracy, and also tracks your progress over time.

Yousician features a syllabus for each of the five instruments which are currently available. The syllabi are developed and produced in-house by the company. The syllabi are comprised of mini-games and tutorial videos, songs and exercises to learn new skills.

There are over 25000 exercises and 150 missions available across all instruments:

Yousician is available on Android, iOS, macOS, and Windows platforms. Yousician is relatively easy to follow and offers instructions which are straightforward and simple.

Since its release in November 2014, Yousician has mostly received positive reviews. It has won several awards. Yousician has featured twice as the ‘Editor’s Choice’ in the Apple iOS App Store. It also won a “Best of 2016 Apps” award from Google Play. Yousician was also ranked as one of the top 100 European Startups by Wired. 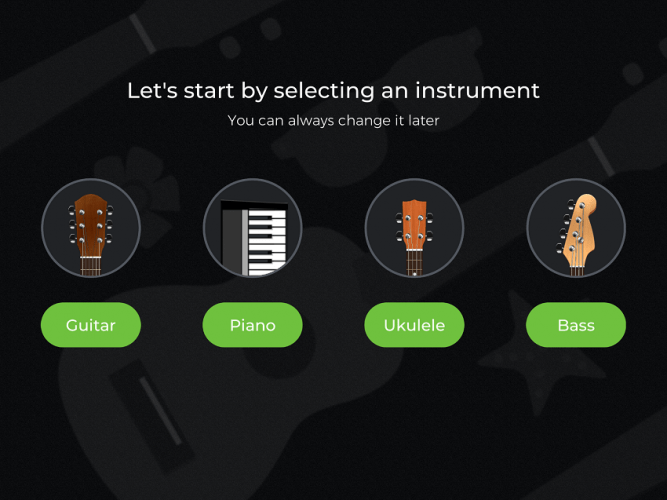 My Experience with Yousician

I had been intending to learn how to play the ukulele for the longest time. I could, however, not get the time for practice during the day because of my tight schedule. There were also no night music classes available in my area. I was almost giving up until I came across a Yousician review.

I decided to try it, and I can say it has been really resourceful, considering I was an absolute beginner by the time I was beginning my lessons. The gamified approach that Yousician uses is genius, to say the least. It makes the learning of an instrument fun. I am currently in level 5 in both rhythm and lead and can play several songs pretty well. 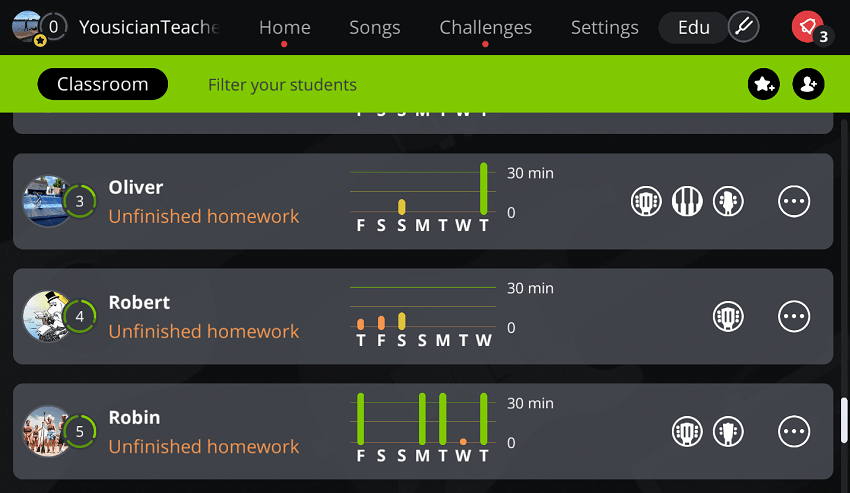 In the Warm-up stage, you get to play songs which you are familiar with. These are songs which are one or two levels lower than your current Yousician level. The Learn stage enables you to pick up on your current level. It involves songs which enable you to continue progressing further in the instrument missions. The explore stage mainly involves introducing you to new songs which are consistent with the level of the syllabus you are currently in.

Another feature by Yousician is Song search. This feature enables you to search for songs. All you need to do is to type the title of the song or the name of the artist. The results of what you search are refreshed based on what you type. There is also the option of adding filters by tapping on the numbered difficulty levels. The filter option displays every song for the level range that you have chosen.

The other feature that Yousician has is the Favorites and Song collections feature. The Favourites feature allows you to add the songs that you enjoy to your favorites, making them easy for you to access the next time you want to play them. You also have the ability to remove a song from your favorites list.

The Song collection feature enables you to create your own song collections. Your Song collections allow you to group your favorite types of music in the instrument or a genre in a syllabus path in which the song is included. You are at liberty to add any song you like to your collection. You can also edit your songs collection by changing its name or by deleting songs from it.

Yousician also has a left-handed option. This feature is meant to cater to its left-handed users. This feature changes the hand on the song screen, such that the fretting hand becomes the left hand. The chord charts also change for left-handed play.

Yousician also has a tutorials section. This section has several video tutorials which teach you new skills which are relevant to the trainers and songs you are about to play. These tutorials are very useful especially in helping you to advance further in missions and syllabus.

How Does Yousician Work?

Yousician makes the learning of musical instruments simple and fun by using games. The learning experience by Yousician is divided into three game modes: songs, missions, and challenges. In the mission mode, exercises are based on your skill level, and they help you to learn the basics. The mission mode also helps you to build up picking speed and to master a technique.

In the songs gaming mode, Yousician allows users to share their own songs with tablature. The challenges gaming mode is updated weekly with two new songs originally composed by Yousician. The songs have multiple versions, from songs for beginners to songs for advanced users, so as to cater for all types of players.

After installing the Yousician app, the app asks you which instruments you want to learn, and gives you a variety of five choices: guitar, ukulele, piano, bass, and voice. You then choose the instrument of your liking. You are then asked how well you already play the instrument. You then start learning how to use the instrument.

For the guitar, you first have to start by setting up your guitar. Yousician works with any real 6-string guitar, be it electric, acoustic, or electroacoustic, in standard tuning. In case you are using an acoustic guitar, you need to ensure that your device is in a place where its microphone can comfortably pick up the sounds that you produce.

In case you are using an electric or an electroacoustic guitar, the first thing you need to do is to plug your guitar in using a USB guitar adapter. You then need to change the input device in game settings. After doing this, you then adjust the mixture feature, to hear yourself play.

The Yousician Piano is designed for an instrument with 88 keys. You can however still use Yousician with a 61 key instrument. Yousician can support the use of any electric or acoustic piano with built-in speakers. All you have to do is to simply ensure that your device is in a position where its microphone can comfortably pick up the sounds that you produce. For the case of an electric piano or keyboard that has no built-in speakers, you will have to set up the instrument by using a normal audio cable or a USB audio cable to plug the instrument to your device.

The Ukuleles that Yousician works with are the most common 4-string ukuleles, soprano, and concert in standard tuning. In case you are using an acoustic ukulele, you need to ensure that your device is in a position where its microphone can comfortably pick up the sounds that you produce. In case you are using an electric or electro-acoustic ukulele, you need to first plug in your ukulele using a USB adapter. You then move to the game settings option and change the input device. After plugging in the ukulele, you then adjust the mixer feature in order to hear yourself play.

The Bass that Yousician works with is any real 4-string bass. It can be electric, electro-acoustic, or acoustic, in standard tuning. For the case of acoustic bass, you need to ensure that your device is placed in a comfortable place where the microphone of your device will be able to pick up the sounds you produce. For the case of the electric and electro-acoustic bass, you first need to plug your bass in using a USB adapter. You then need to change the input device in the game settings. After plugging in your bass, you then need to adjust the mixer feature in order to hear yourself play.

In the case of singing, Yousician works with your voice. You do not need to use any other equipment. For the best results, however, you are required to use an external microphone and a pair of headphones, or headsets with a built-in microphone. In case you are using your computer or mobile device’s built-in microphone, there is no need for additional setup. All you need to do is to sing into the microphone for Yousician to pick up everything you sing. In case you are using wired headphones with your mobile device, or headphones that have a built-in microphone, either wireless or wired, you need to ensure that the headset is selected as an input device.

For the case of an external audio interface, you need to ensure that your external microphone and headphones are properly connected according to the manufacturer’s specifications and is selected as an input device. Your system’s default audio output device may also need to be switched to the interface.

Yousician has a free version. You can test it for free, but your lessons are limited to only 15 minutes a day. There are also monthly and yearly subscriptions which are necessary to unlock the songs/lessons in the app.

There is also the premium+ package. With premium+, you gain access to popular songs and all instruments for an unlimited lesson time. For premium+, you pay $29.99 per month or $179.99 for the whole year. 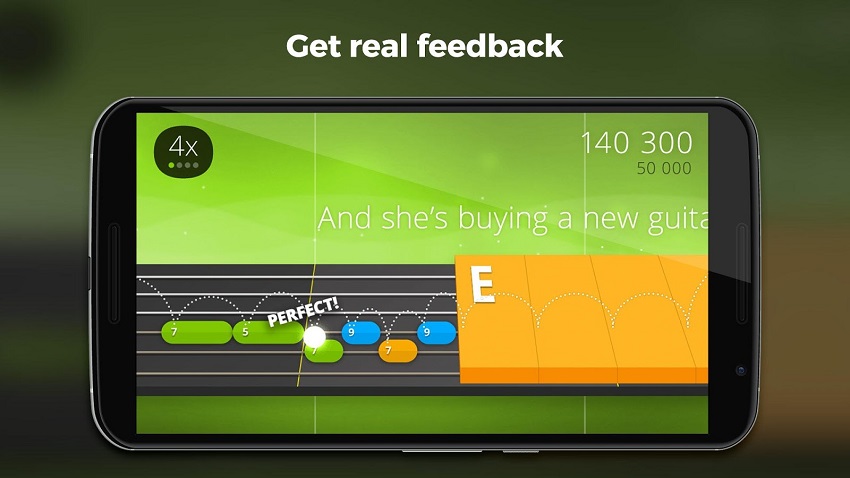 The teaching, however, does not compare to being taught by a human teacher. It does not provide a full human connection, which usually makes a huge difference in a person’s skills.

Which is why I would advise you to try and find a tutor in addition to using this platform if you want to maximize its effectiveness.